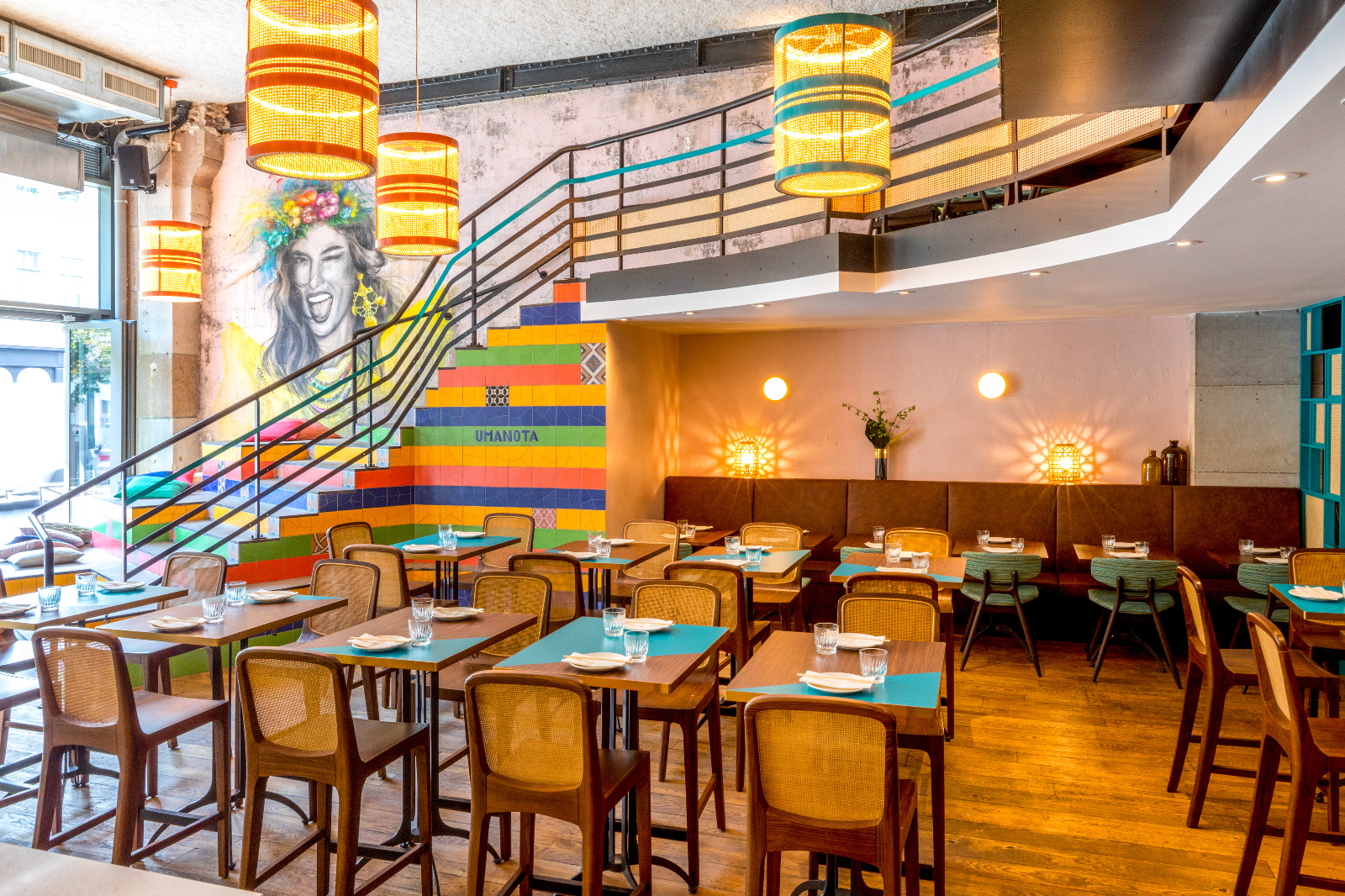 The Story Behind Uma Nota’s Menu

Tucked away on the corner of Peel Street and Hollywood Road, our restaurant Uma Nota was the first restaurant to offer nipo-brasileiro cuisine in Hong Kong. It was an obscure cuisine to many but the liveliness of the restaurant and the flavours of Brazil and Japan attracted many customers. One year later, we secured a commercial space in Paris and turned it into a modern version of a samba bar that you would find in Brazil.

Both locations have a similar decor and atmosphere but finding the right menu to please both clienteles was no easy feat. Thankfully, our Head Chef Gustavo Vargas, who had been working in São Paulo prior to coming to Hong Kong, was well versed in the nipo-brasileiro cuisine. He believes quality and consistency is key and the first thing he did when drafting up our menu was to think of ingredients that can be sourced in both countries. While Japanese ingredients can be easily found worldwide, Brazilian ingredients tend to be more of a challenge and finding the right supplier is tricky.

As a diner at our restaurant, you are tasting the flavours of both Brazil and Japan. Your food has been inspired by some of São Paulo’s most popular street foods as well as the chef and his team’s travels. The menu changes every winter and summer, as Chef Gustavo is continuously traveling and testing out new ingredients to find new dishes to provide our guests. Each dish present on the menu is significant to the Nipo-Brasileiro culture.

Here we explore what inspired Chef Gustavo to add them to the menu:

There was no question that Coxinhas de frango had to be on the menu, as they are São Paulo’s most popular snack. The coxinhas—or “little thigh” in Portuguese—are traditionally made of chicken and shaped like a chicken leg. They are such an integral part of Brazil’s gastronomy that they can be found everywhere from gas stations all the way to high-end restaurants. For a Japanese touch, Chef Gustavo added in okra—an item that the chef ate a lot of while in Japan.

Aware of how much people love a good katsu sando here in Hong Kong, Chef Gustavo took the Japanese katsu sando and made his own Brazilian version using Brazilian spices and garnishes
in his meat patty while keeping the traditional Japanese milk bread, tonkatsu sauce and panko bread crumbs. He also added a refreshing okra salad into the sandwich for an extra crunch.

The head chef knew he had to add a few skewers on the menu, as they are a popular food item in both Brazil and Japan and he has fond memories of eating skewers after football games and samba school shows. He loves that skewers come in such a wide variety of meats, from chicken heart to sausage to beef. The traditional Brazilian skewers always come with vinaigrette and farofa on the side but for Uma Nota, he also added togarashi spices—a seven-spice blend—chimichurri sauce and more.