Diverse, colourful and energetic, the coastal state of Bahia is home to Brazil’s most represented cuisine, reflected in everything from the region’s rich seafood stew Moqueca, iconic black-eyed pea Abara, and the national dish Feijoada.

A significant month in Brazil’s cultural calendar – with their National Independence Day falling on the 7th and Cachaça Day swiftly following on the 13th – the spirit of Brazil comes alive in September, and UMA NOTA is bringing the celebrations and flavours of Salvador to Hong Kong’s one and only Afro-Brazilian brunch!

The food capital of Brazil, heavily influenced by Portugal and most significantly, Africa; Bahia has a culture that Hong Kong has never fully been exposed to. In Asia, we’re familiar with ingredients like okra, coconut milk and black-eyed peas, but what we might not know is that these foods are staples in African cooking and were brought to Salvador during the slave trade.

Common Portuguese dishes were restyled by the slaves with their own cooking methods, techniques and a mix of African spices and herbs. Today, the food in Bahia still reflects these flavours with heavy use of chili peppers, dendê oil, coconut milk, okra and fresh seafood! Discover Bahia Brunch at Uma Nota; 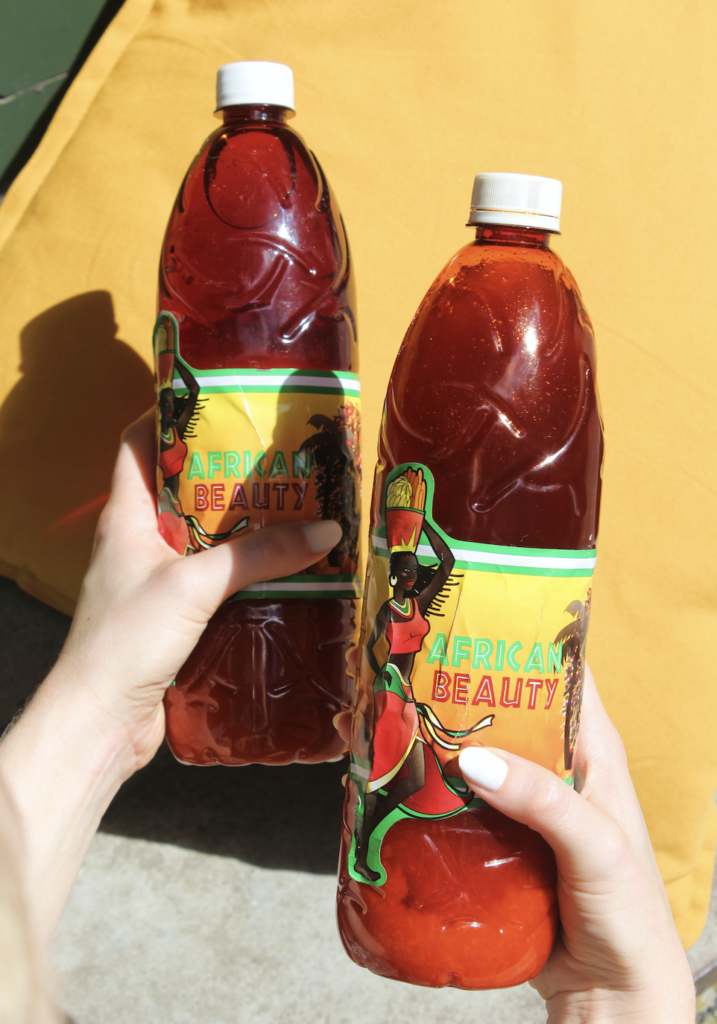 The number one ingredient in Bahian cuisine. Used to cook the famous street food bites of Abara and it’s deep-fried cousin Acarajé, adding flavour and colour to the iconic Moqueca and the spicy prawn paste Vatapá, dendê is a deep red oil made from the fruit of oil palms. Said to smell like violets, taste like strong olive oil and add a saffron red colour to any dish, we source this staple ingredient from the natural forests of Ecuador. 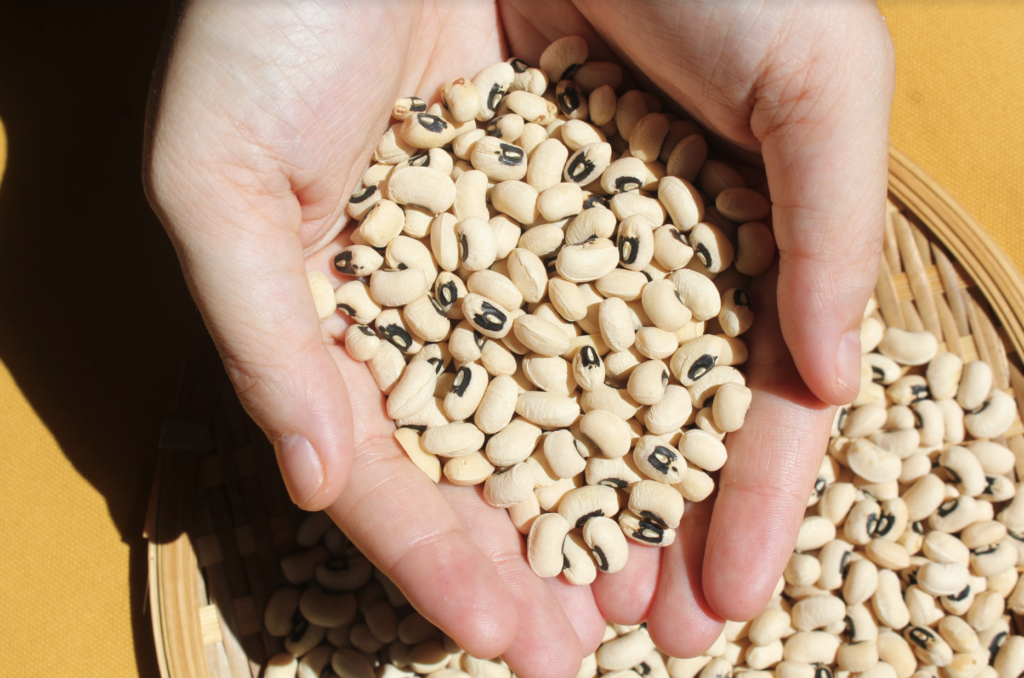 Also sometimes known as ‘cowpeas’, black-eyed peas originate from West Africa but are often used in local dishes like chicken feet soup (眉豆雞腳湯). With a subtle earthy taste, these legumes make up the base of many popular street food snacks in Brazil. At Uma Nota, Chef Gustavo soaks the beans overnight until the skins are removed and processes the insides to form a flour. Mixing with dendê oil, ginger, onion, and dried shrimp, our Abara dough is made and spooned into a banana leaf pouch for steaming. Served with a traditional Afro-Brazilian Vatapá sauce, this dish is a must-try for diners looking for the full Bahia experience. 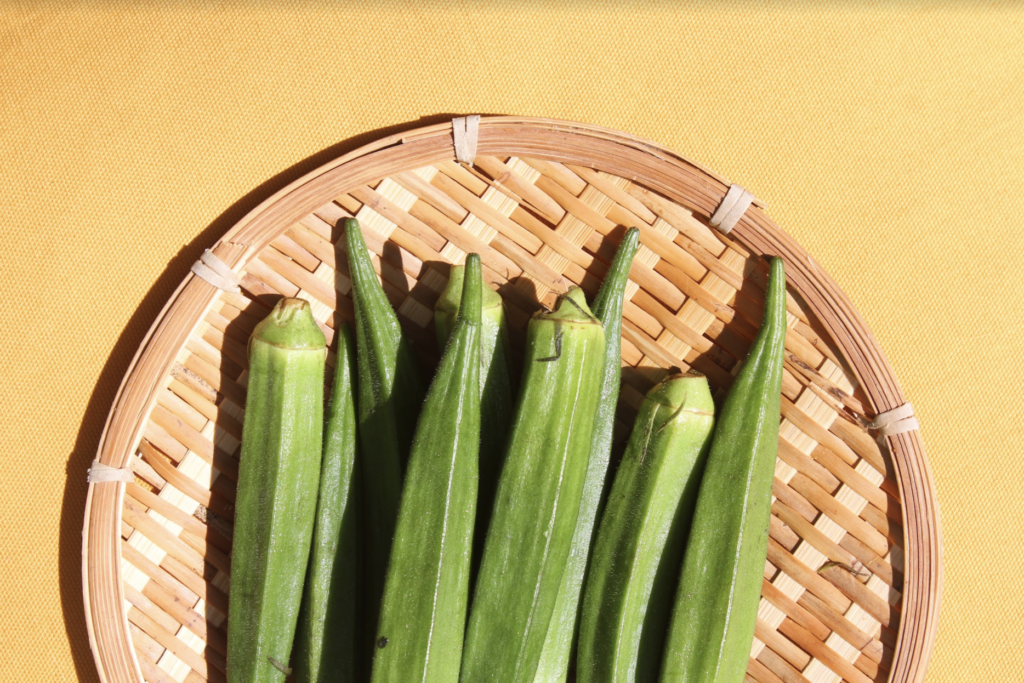 Also originating from Africa, okra is a vegetable commonly used in cuisines like Caribbean, Creole and Indian. Nicknamed  ‘lady’s fingers’ in English-speaking countries, referring to their long, elegantly tapering shape, these small green pods contain rows of edible seeds that give off a gelatinous liquid when cooked. With a subtle flavour, it benefits from being cooked with strong, spicy ingredients like the chilies, dried shrimp and coriander in our Quiabos Assados grilled okra salad. 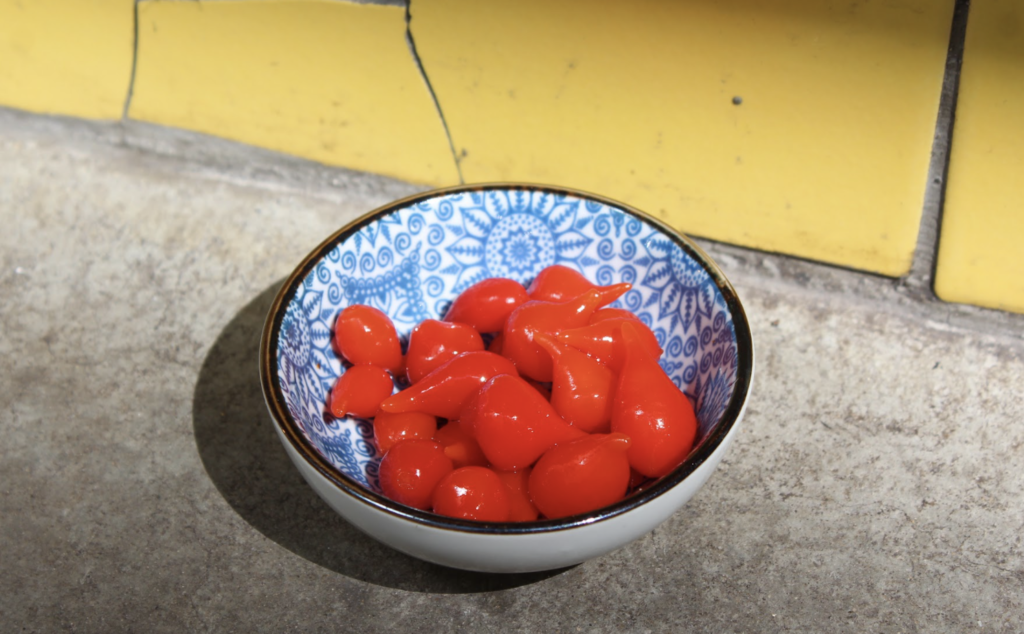 A signature ingredient at Uma Nota, biquinho (pronounced; bee-kee-nyo) is Portuguese for ‘little beak’ and the name of this tear drop-shaped chili pepper that gives only a slight, sweet heat. Bahian food is generally rich and spicy, with lots of frying and slow-cooking to bring out the heat. Catering for all tastebuds, our Bahia Brunch substitutes the commonly used malagueta pepper – considered “very hot” – for the smaller and sweeter biquinho chili. Uma Nota’s homemade hot sauce is also available for those who want to turn up the spice!

Available from 4th September to 31st October, culture-seekers and curious diners can discover Bahia Brunch at Uma Nota every weekend and public holiday from 11:30am to 4:30pm. Brunch is priced from HK$350pp (additional upgrades available) with an optional beverage free flow: Bubbles and Beer for HK$195 or Cocktails and More for HK$245.